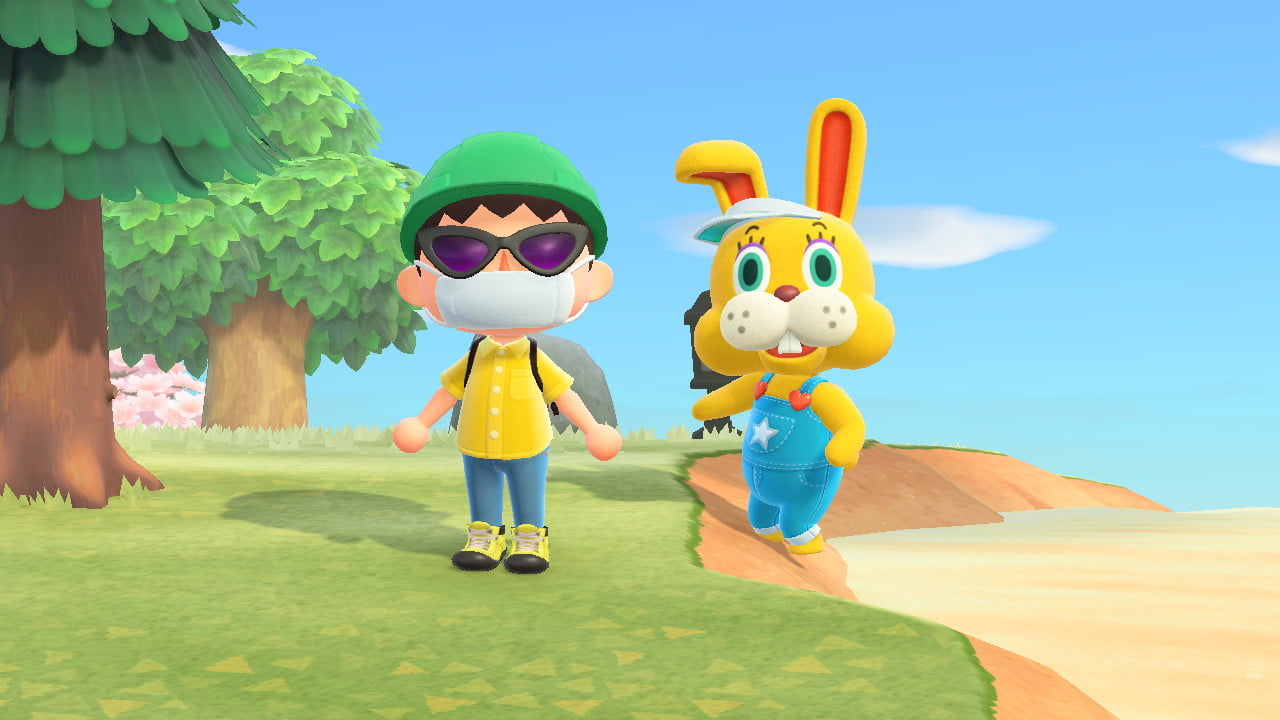 It started innocently enough. I arrived aboard a little airplane along with two other vacationers — a pig named Agnes, and a robot chicken who calls himself Sprocket.

We followed the organizer of our fateful trip, Tom Nook, over to residential services. Then, we set up our tents. 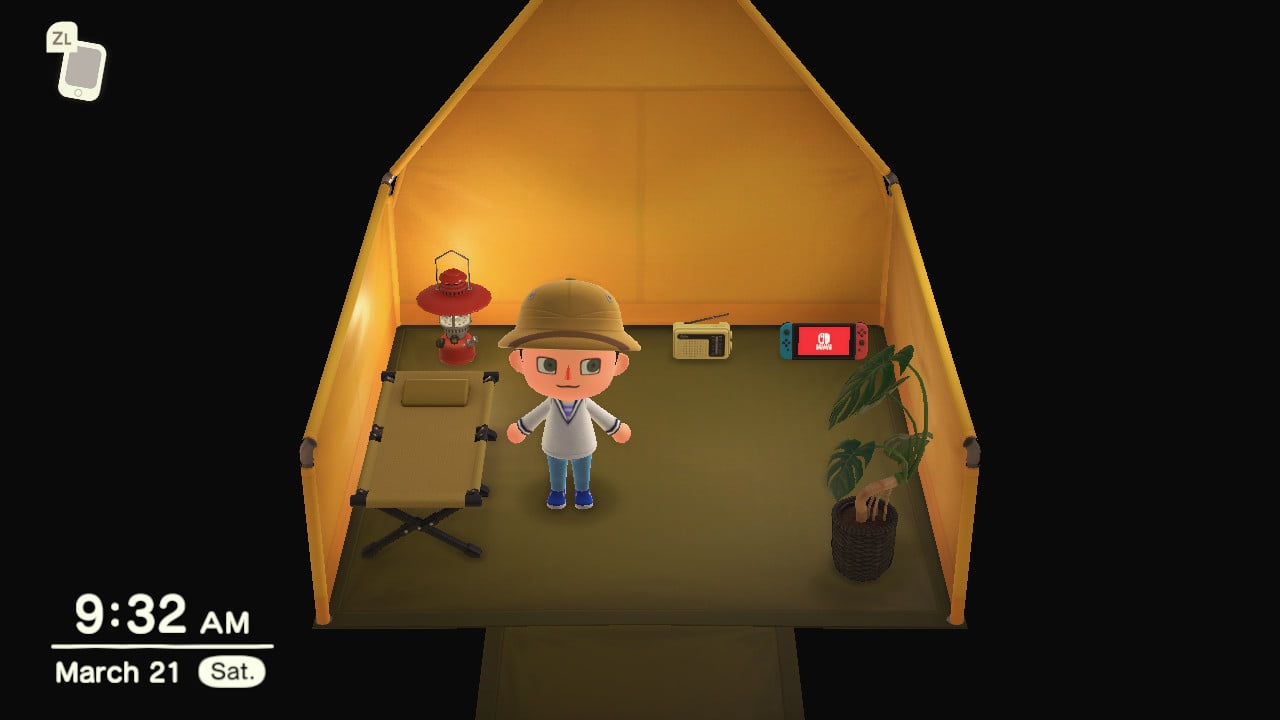 I chose a little spot by a river, and we named the place Riverwood because I lack creativity and play way too much Skyrim.

From there, it was a simple life. Chop wood. Hit rocks. Go fishing. Occasionally I’d see a balloon flying overhead and pop it with my slingshot. What would be inside? A new recipe? 30,000 bells? The possibilities were limitless. 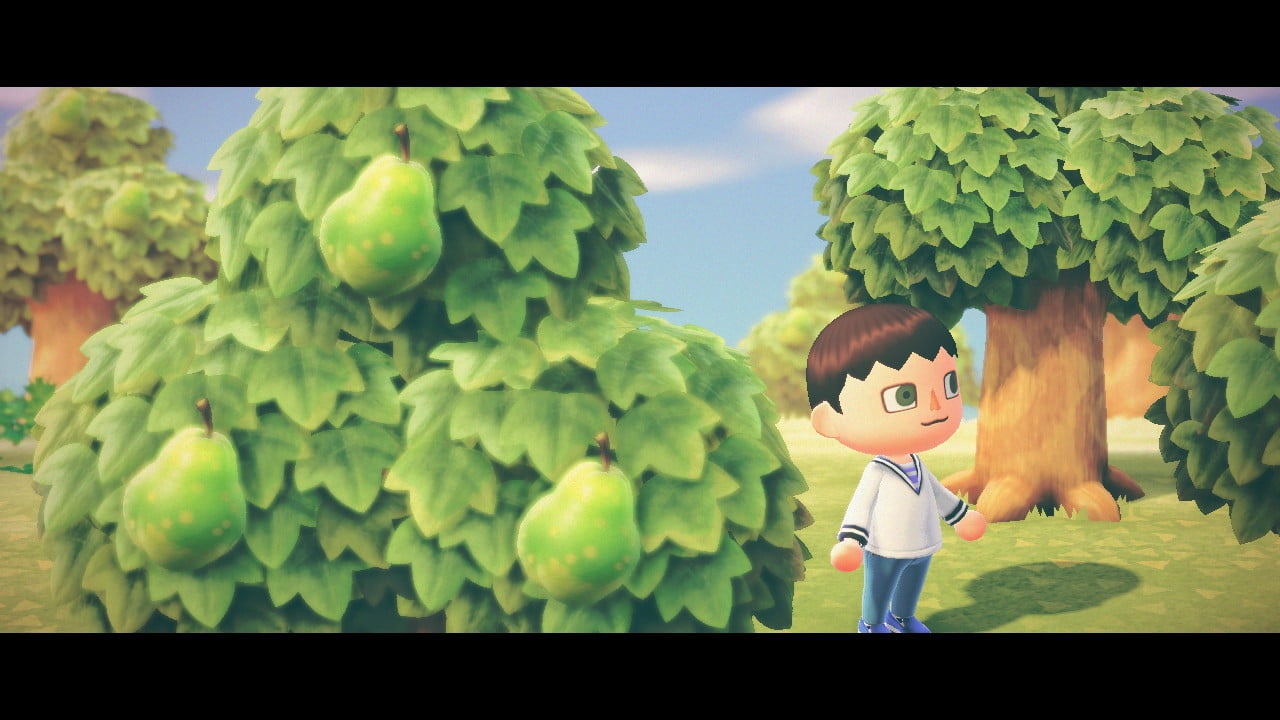 When trees had fruit

Days passed. I somehow got talked into upgrading my temporary tent into a full-blown house. And then I upgraded again, and now I’m in debt up to my eyeballs, and everyone on this island getaway has found themselves seemingly permanent residents.

We’re building new plots of land to sell, museums, shops. More “villagers” have arrived. I added a candy machine and a popcorn stand, and two bridges. A new incline is on the way. 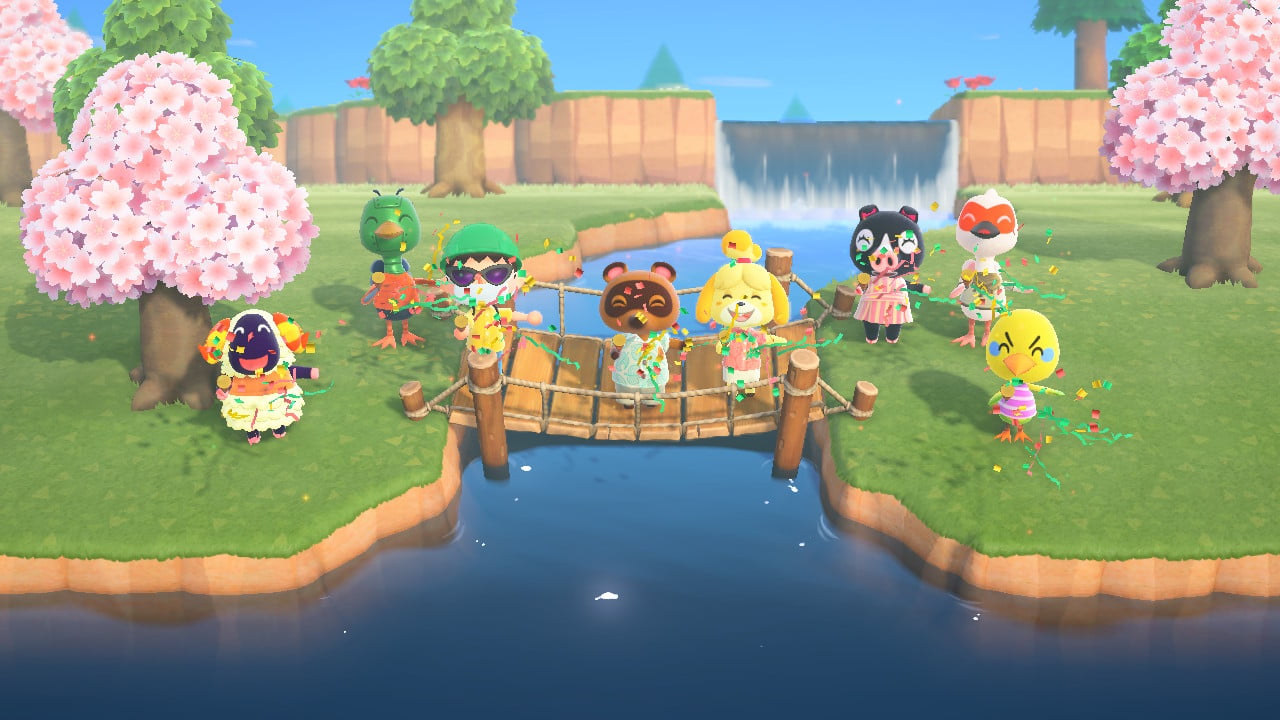 Still, despite the rapid progress, things were laid-back and carefree.

Until he showed up.

I found him on the beach one morning. He was dancing. I didn’t know what to say, but didn’t need to. Without much urging, he told me about Bunny Day and how we should all get ready for April 12. He said I should go collect eggs and make Bunny Day recipes. 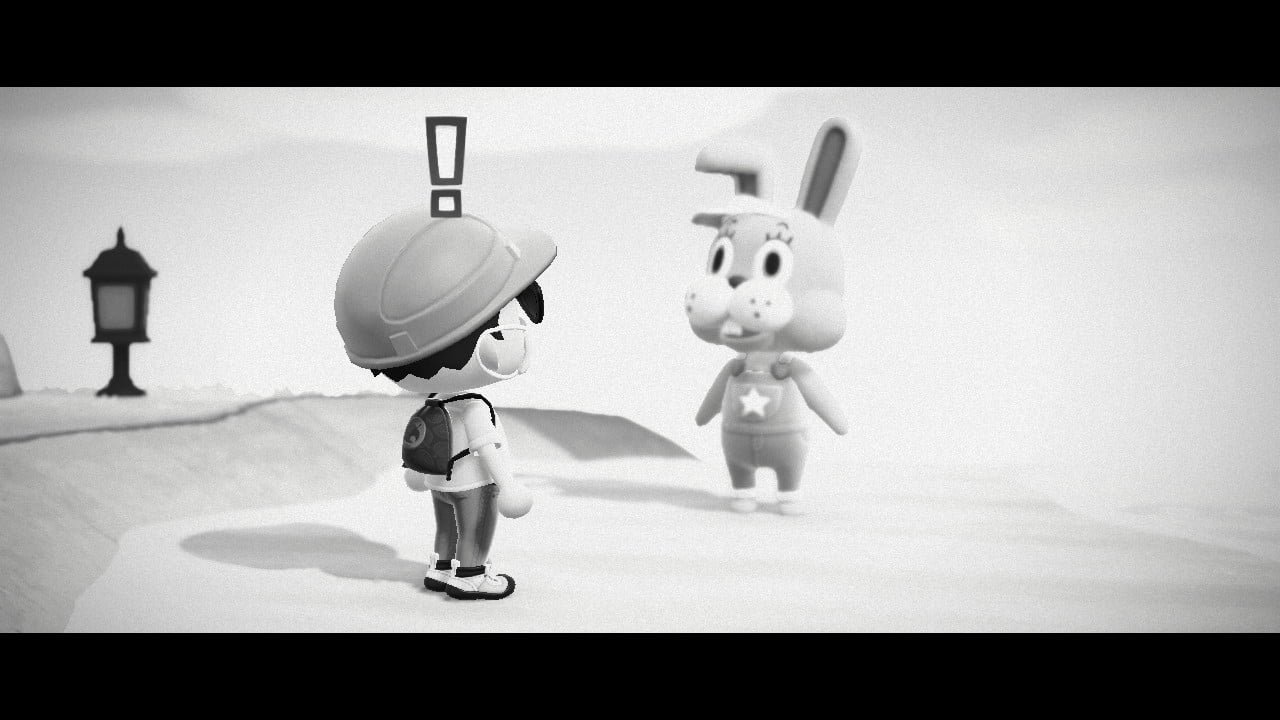 It first happened while I was out searching for fossils. I found the telltale mark on the ground, and went to dig it up. But there was no fossil. There was only an egg.

We’re on Day 3, now, and the local economy is suffering. Where once we’d find fish and wood and iron nuggets, and fruit to eat, all we find now are eggs. Eggs.

Bunny Day is on April 12. I shudder to think what will happen once it gets here. Or if we will still be alive to see it. 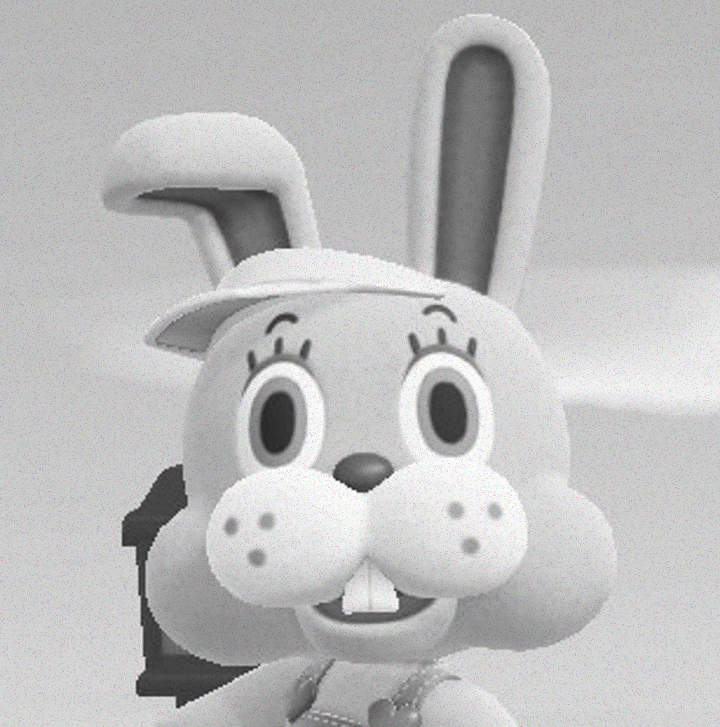 Pictured: The Destroyer Of Worlds 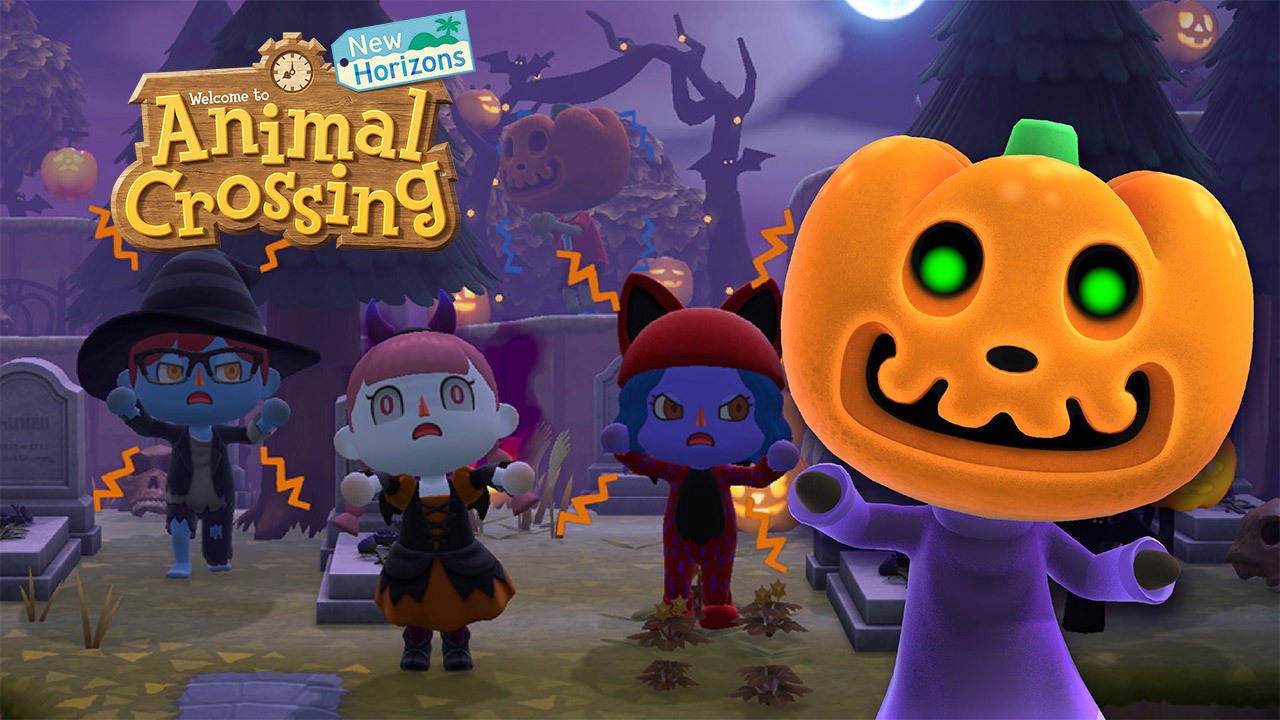