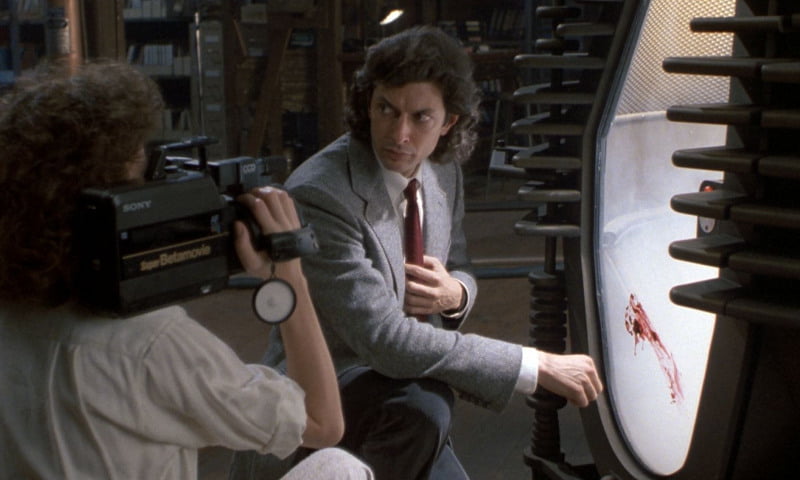 I’ve always found both versions of The Fly to be disturbing in their own ways.

The original 1958 version is a classic, black-and-white tale of science gone wrong. It’s not terrifying, but there’s this haunting, unsettling feeling throughout the film, which peaks near the very end, as we hear the deformed Delambre scream out for help from his spiderweb prison.

The 1986 Cronenberg re-imagining, on the other hand, dials the horror up beyond eleven, giving us an intimate look into the life of Seth Brundle, as he slowly – and in great detail – transforms into the gorific Brundlefly.

Now, Deadline is reporting that a new The Fly could be in the works. J.D. Dillard (Sleight) is in talks with Fox to direct, as well as co-write the script with writing partner Alex Theurer (also Sleight).

Remakes are a touchy subject, but when done right they can be amazing. 1986’s The Fly, while a remake, clearly had its own vision, and took the material in new and terrifying directions. 1978’s Invasion of the Body Snatchers is another example – the original 1956 Snatchers is a classic, but 1978’s might be a masterpiece.

I look forward to seeing what they come up with for a new Fly, if they follow through.

In this article:Science Fiction, The Fly