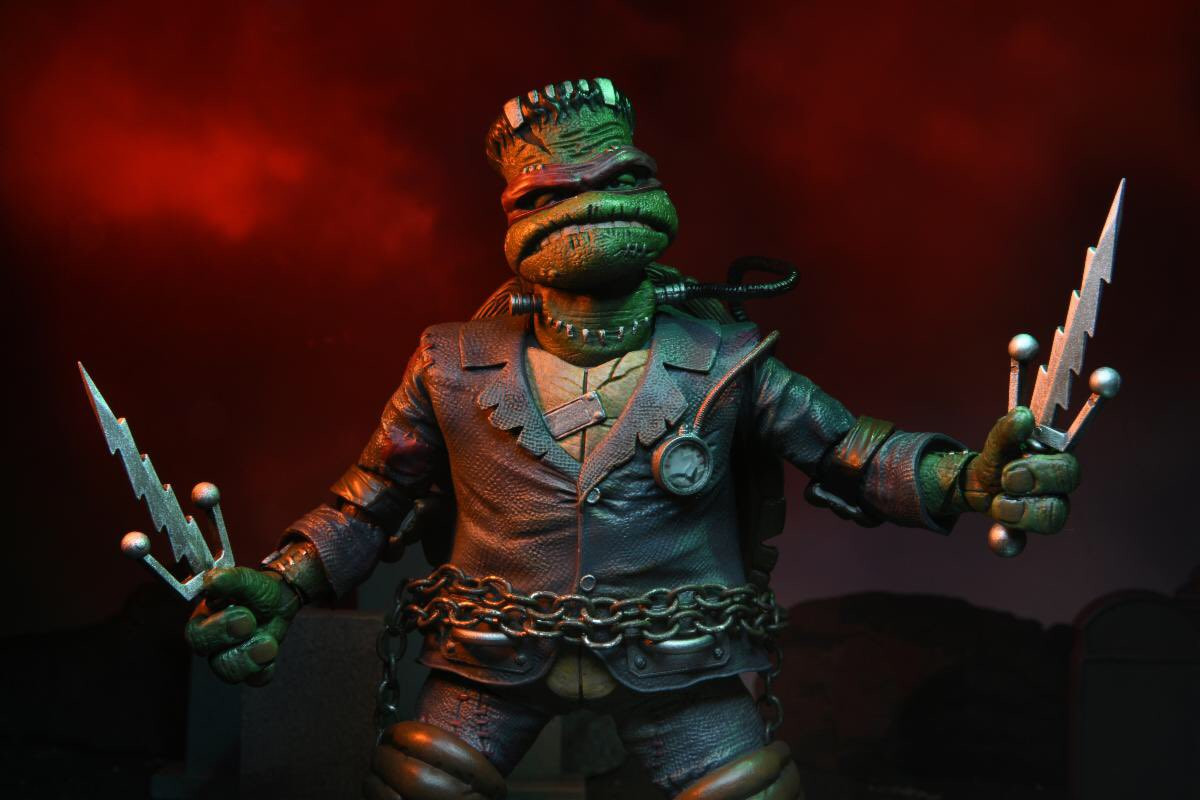 The above retro advertisement shows off the new merch in all its stopmotion glory. The 7″ figure comes complete with lightning-shaped sai, interchangeable hands, and a chain. You can see more photos over at NECA.

“The line will pay tribute to the world’s most famous turtles and Universal’s icons of horror. Inspired by the silver-screen classic Frankenstein, celebrating its 90th anniversary in 2021, Raphael as Frankenstein’s Monster reimagines the temperamental Turtle as the misunderstood monster.”

If you’re having action figure flashbacks and you don’t know why, that’s because this isn’t the first set of movie monster TMNT figures. Back in the 90s there were two actually — the first batch included Raphael as The Mummy, Leo as Wolf Man, Donatello as Dracula, and Mikey as Frankenstein’s Monster. The second cast April as the Bride of Frankenstein, Leo as The Creature,  Raph as the Metaluna Mutant, and (the one I got) Michelangelo as the Invisible Man. Fun stuff.

Raphael will release first in January 2022. The other turtles and their monster inspirations have yet to be announced, but I’ll keep you posted.