Ghostbusters News recently shared new pics of Hasbro’s upcoming Ghostbusters Ecto-Plasm Lab playset, which includes everything you need to fill up a blue Muncher figure with your own mixture of slimy green ecto-plasm.

But let’s be honest: the box best part. 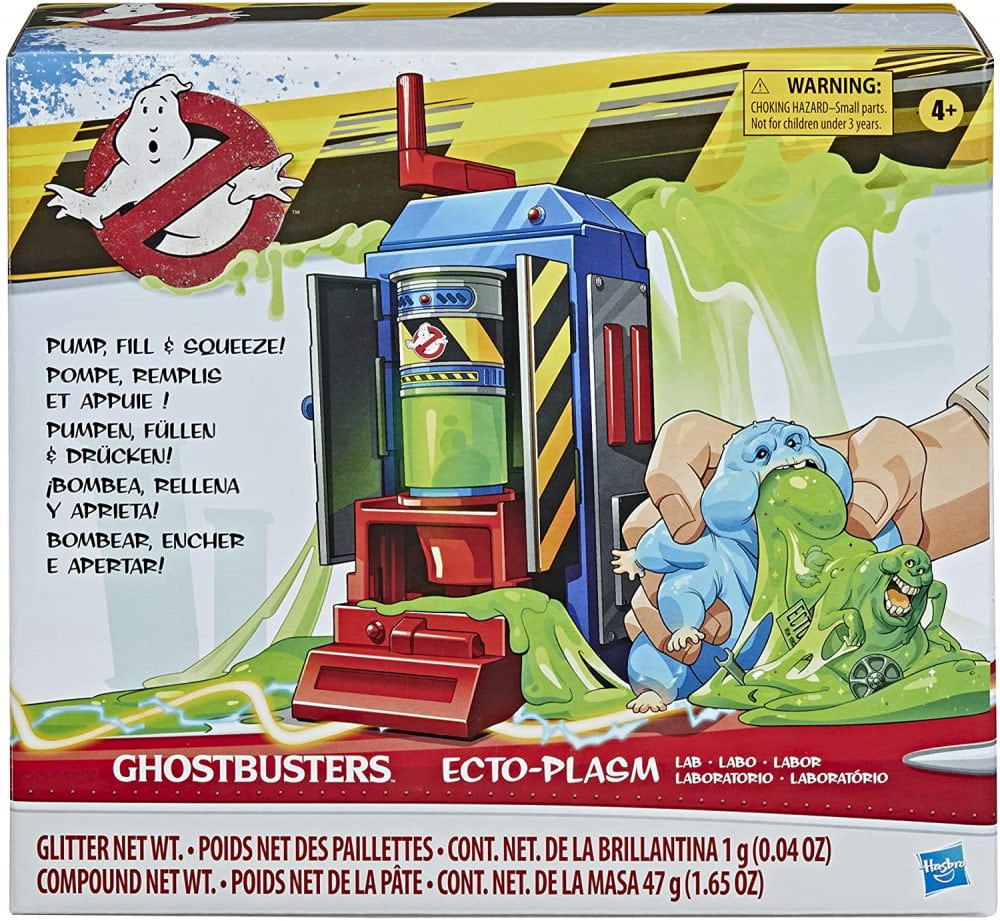 According to the back, you mix your own ecto-plasm (which comes in a fancy little packet), fill up the canister, throw it in the ghost trap, turn the crank and bingo — Muncher is filled and ready to puke out some green slime.

If you’d rather not get your hands slimy, you might instead check out this new Ghostbusters: Afterlife browser game, called Ecto-1 Speed Trap. It’s pretty simple — just drive in a straight line, dodge open manholes and bust the occasional ghost. Feels pretty retro.

The Ghostbusters Ecto-Plasm Lab doesn’t have a release date yet, but Ghostbusters: Afterlife is set to premiere on November 11, 2021.