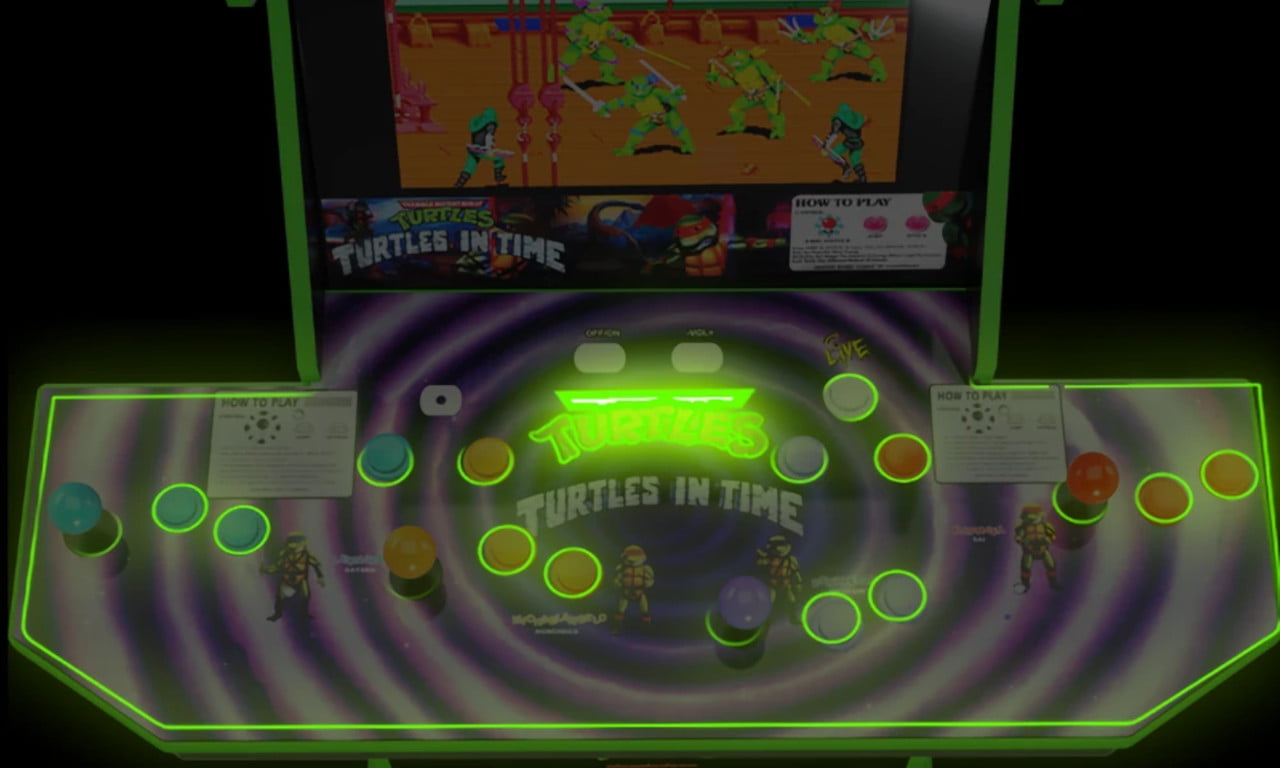 Look, I know you’ve got a back room filled with mini arcade machines and your wife has about had enough, but check this out: Arcade1UP has announced a brand new Turtles in Time arcade machine, with pre-orders opening up on July 1, 2021.

The machine allows the full four players, as well as Live WIFI, meaning you can raise shell alongside other cabinet owners. I’m sorry.

I remember it like it was yesterday. Hanging out in some dingy hotel (or was it a diner?) in Orlando, wasting quarters on Turtle In Time while a giant stuffed gorilla watched over in the corner. I’m not sure what that was about.