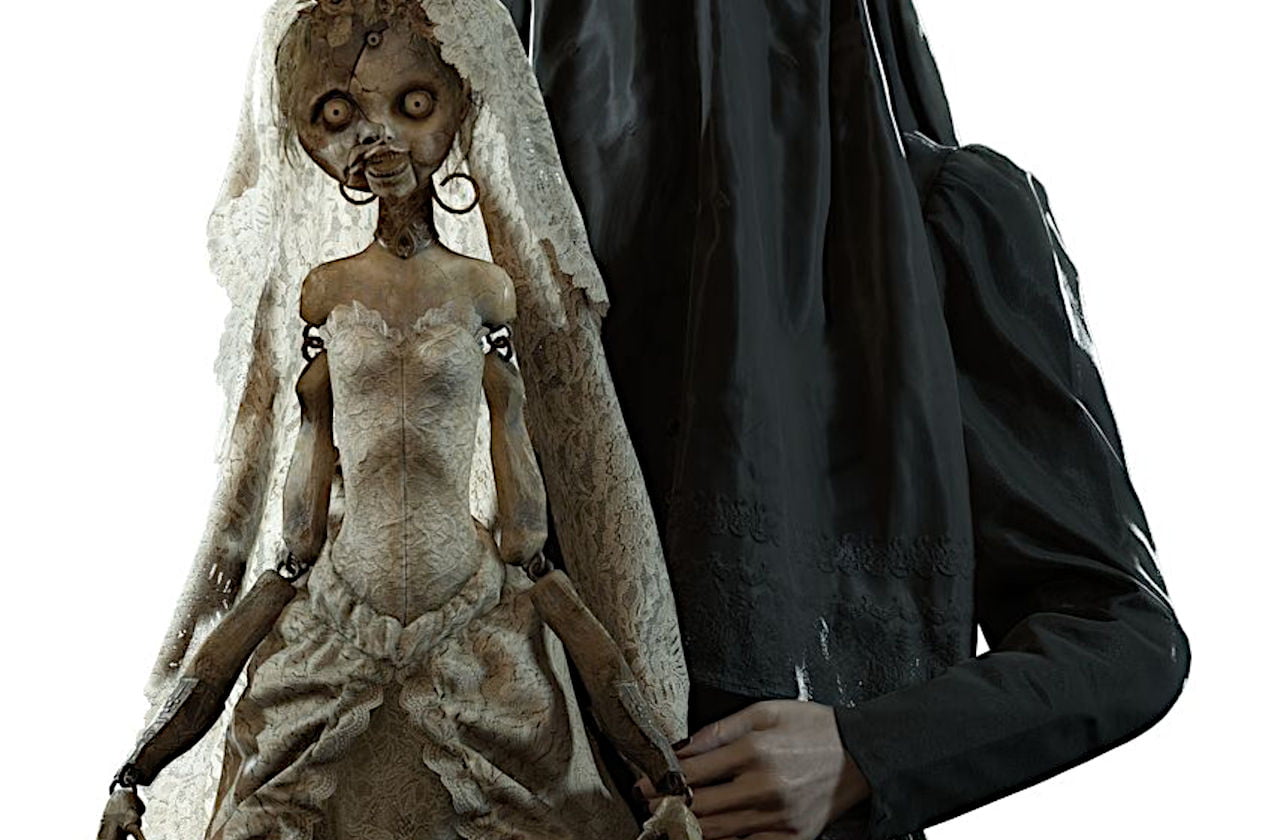 Everyone’s fawning over Resident Evil Village‘s Alcina Dimitrescu, but IGN recently featured new info on the other characters you’ll meet in the game, including the elusive Mother Miranda and the Lords of the other three houses.

According to art director Tomonori Takano, much of the game was inspired by gothic horror, with the four Lords — Dimitrescu, Heisenberg, Moreau, and Beneviento — each uniquely based on classic horror tropes. “Lady Dimitrescu,” he said, “was inspired by vampires, while other characters were based on werewolves, mermen and ghosts.”

But where does that put Donna Beneviento of House Beneviento?

Truth is, not much is known about her, aside from the fact that she carries and operates a puppet named Angie.

Or…is it the other way around? 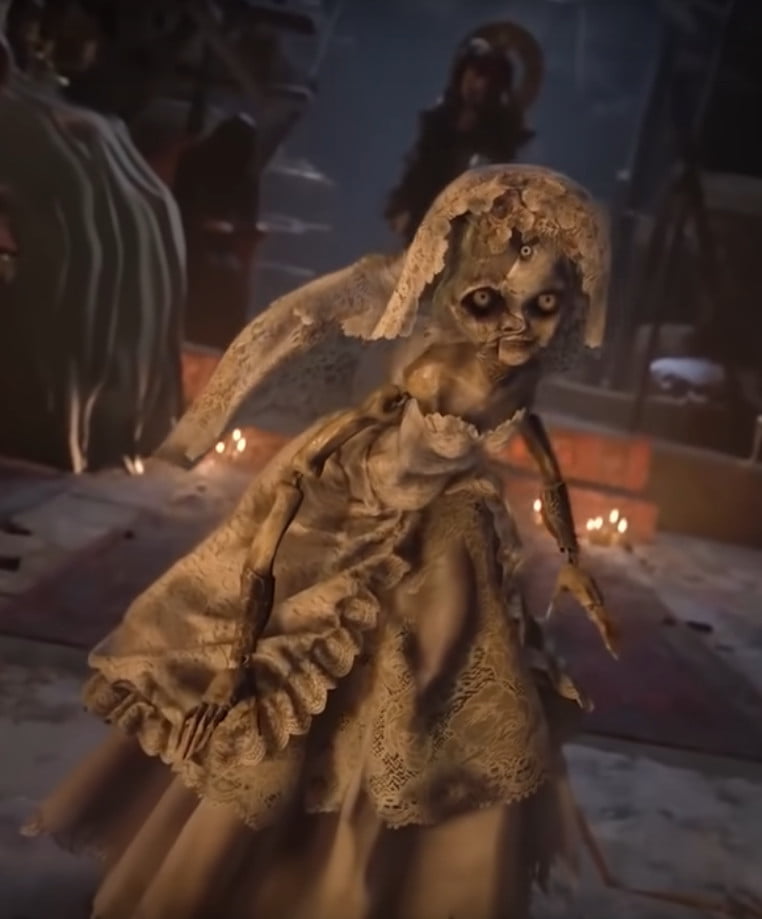 According to IGN, when Resident Evil Village Director Morimasa Sato first shared the game’s concept with his American colleagues, he was surprised that so many found Donna and Angie the creepiest of the four Lords. “In the United States, people’s reactions towards the puppet were pretty intense,” he said, “Of course, this made me happy, but as a Japanese person, it surprised me that they found the puppet that scary.”

I think I read a theory once that people fear lifelike but lifeless dolls because they remind us of our own mortality. Also, they just look creepy.

I mean, would you rather run into the towering Amazon lady with claws or the woman dressed in a mourning veil carrying around a busted old puppet like she’s posing for a Victorian hidden mother photograph?

Well, Resident Evil Village will release May 7, 2021, so you’ll get the chance to meet Donna, her puppet, and the rest of the gang soon enough.