There’s an old anecdote about David Lynch, from way back in the original Twin Peaks days, that always stuck with me.

As the story goes, one night Michael J. Anderson overheard Lynch in the editing room, talking to his editor Mary Sweeney. The two were looking over footage and reached a scene of interest, when Lynch asked her to stop the film.

He stared for a moment, and after a quiet pause, said, “Oh, that’s what I meant!”

I know this might seem like a bizarre way to open a video game review of all things, but stay with me. Lynch’s method of storytelling, from what I understand, often involves pulling things out of the aether and fitting them all together, only later understanding what it was all about, if ever.

It’s a kind of unconscious/subconscious form of storytelling, allowing random thoughts and ideas to bubble up and only then — once they’re all sewn together into some kind of narrative — only then understanding their meaning.

In much the same way, I often feel like Final Fantasy XIV arose from the aether. That sounds absurd, but you have to remember the winding road that brought us here, and how every little step and misstep molded the game and its community into what it is today.

I don’t believe for one moment that most of this was planned from the beginning.

I’ll always remember how, back in March 2011, the developers took the servers down to conserve energy after the devastating tsunami that hit Japan, only months after launch. Later, after it was clear that 1.0 had failed, Square Enix decided to do something that had never really been done before in the industry. They decided not to give up on Final Fantasy XIV, but to instead reform it into something new.

The in-game Calamity served as an allegory for FFXIV’s own failure and rebirth, the players who stood by it the game’s real would-be Warriors of Light. In the face of disaster and the (some might say) absurdity of even caring, neither we nor its creators ever, ever gave up.

And that, in a nutshell, is the story of Endwalker, and Final Fantasy XIV as a whole.

It’s funny. Even as I type this, the game is still on the brink, with login errors and crashes, frustration and forum arguments, and untold numbers of players suffering the uncertainty of hours-long queues that could fail at any moment. Failure and strife and the willingness to continue on despite it all is, at this point, just part of the experience. In fact, I almost demand it.

Midway through one of Endwalker’s most important dungeons, after braving the queues myself, a lightning storm broke out. I thought about stopping, but instead tensely pushed onward toward the next revelation, lights flickering. I wondered if I’d be able to finish or if I’d lose power and find myself doomed to another 6,000-person-long queue. But no, I pressed on.

Endwalker is a celebration of that adventure we, and the developers, have taken together, through the good and the bad.

The work of Naoki Yoshida, who in two years and eight months led his team to reshape the land of Eorzea, while also providing content for 1.0 players (and removing that fatigue system, thank you).

Natsuko Ishikawa, who began by writing “smaller” stories like the 2.0 Coerthas Central Highlands quests, the Crystal Tower and Binging Coil arcs, and went on to perform a masterstroke as the lead writer on both Shadowbringers and Endwalker.

Masayoshi Soken’s personal ordeals over the last couple years that informed not just his compositions, but perhaps also tied into the themes of Endwalker itself.

And Nobuo Uematsu’s song Answers (with lyrics by Yaeko Sato and Koji Fox), written for Final Fantasy XIV back in 1.0, before the Calamity, well before A Realm Reborn, before anyone knew much of anything about how it would all play out, or if the game would even have a future.

Oh, that’s what it meant.

I’ll be honest. When a story finds its footing on such a strange path, I can’t help but feel like there’s a fundamental, universal truth hidden in there somewhere. A tale that had to be told. A feeling that had to be shared. Or in Soken’s and Uematsu’s case, a song that had to be heard.

That might be my post-game melancholy talking (and believe me, it’s pretty strong), but I’ll stand by it.

Endwalker is a great conclusion to a story 10 years in the making.

It has its bumps in the road. I could delve into the gritty details, but you can find those elsewhere. Long story short: Some won’t like the answers given. Some may find the story overly saccharine or predictable. Some of its most important parts might even feel like short-lived abstractions of something far greater.

I put forward these potential negatives because I see Endwalker’s flaws, as I see flaws throughout all of Final Fantasy XIV. While playing through it, I had moments when I rolled my eyes, or wished a plot turn had gone differently, or even that certain characters would simply go away. These are things I’ve experienced throughout all the expansions, especially Stormblood.

However, as always, by the end I could see the gestalt. I felt what they wanted me to feel. And my long history with the game, from the highs of fighting my first Primal all those years ago to the weird lows of scooping up animal droppings on the Azim Steppe, gave weight to those feelings. For a story like this — the conclusion of a years-long adventure, which could have easily gone horribly — I think that’s the most important thing.

If I would compare it to something, it’d be the work of Yoko Taro and the NieR series. Those games, along with Shadowbringers and Endwalker (which both clearly pulled inspiration from Taro), made me feel emotions I’m not sure I’d ever felt before. Good and bad, but mostly unique. While there might not be anything particularly new in their themes or concepts, the ways their stories are told, with their music and atmosphere — and in the case of FFXIV, my shared history with the game — all add up to something far greater than just, “this happens, then this, and here’s the ending.”

It’s hard to quantify that. It’s not a simple matter of, “If you like X, you’ll like this.” There’s more to it.

All of that is to say: Endwalker is a personal story, and what you get out of it very likely depends on what you’ve put in.

I guess I should mention my own road with FFXIV. I played 1.0 when it released at the end of 2010, and on and off throughout 2011. I remember when they let us play for free as they reworked the game, and finally when they shut the old servers down for good, leading up to the release of A Realm Reborn. And while I’m a Legacy player, I’ll admit it — I wasn’t at the Battle of Carteneau. Though I saw Dalamud’s slow descent, I did not witness the final moments of the Calamity in person.

(I suppose I regret that, but at the same time it’s a very me thing to join an adventure but skip the climactic world-shattering event to go do other things. I was there in spirit.)

When A Realm Reborn launched in 2013, I was excited to see Gridania just filled with people, and I remember hearing that “crowded” sound for the first time.

To go from 1.0 to that was an incredible feeling.

It makes me appreciate all those little moments in Endwalker when it feels like the developers are addressing you as a player. Not the Warrior of Light. You. Avoiding any major spoilers, at one point a character even mentions places you’ve never visited in Eorzea, even after all this time, challenging you to continue to explore and live up to your name as an adventurer.

I took that personally. For me, he’d might as well have said, “You’ve played this game for 10 years and you’ve never once unlocked Goldsmith or Blue Mage? And you think this is over?” No, while this particular story has come to an end, our journey is far, far from finished.

In fact, now that I think of it, I still have some gathering to do. And crafting. Not to mention preparing for the upcoming raids. The Starlight Celebration starts soon, too. Oh, and they’re doing All Saints’ Wake in January, did you hear that?

I just find myself in this weird state of mind after finishing Endwalker. I mentioned having those post-game blues, that feeling you get after you finish a great movie or an epic video game and don’t know what to do with your life next. But this is different. This is FFXIV we’re talking about, an MMORPG. Right this very moment, even with all the queues and login errors, there are people hanging out in Limsa Lominsa, or even practicing their rotations at the Bannock, of all places. There are things to do, and By the Twelve I want to do them.

So consider me tempered, because Final Fantasy XIV is and will remain one of my favorite games of all time.

And I greatly look forward to whatever adventure it takes me on next.

In this article:Final Fantasy XIV, MMORPG 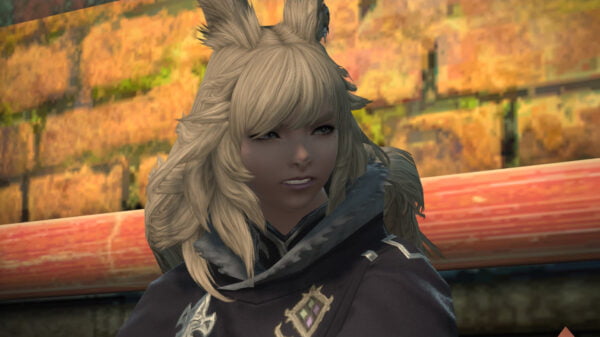