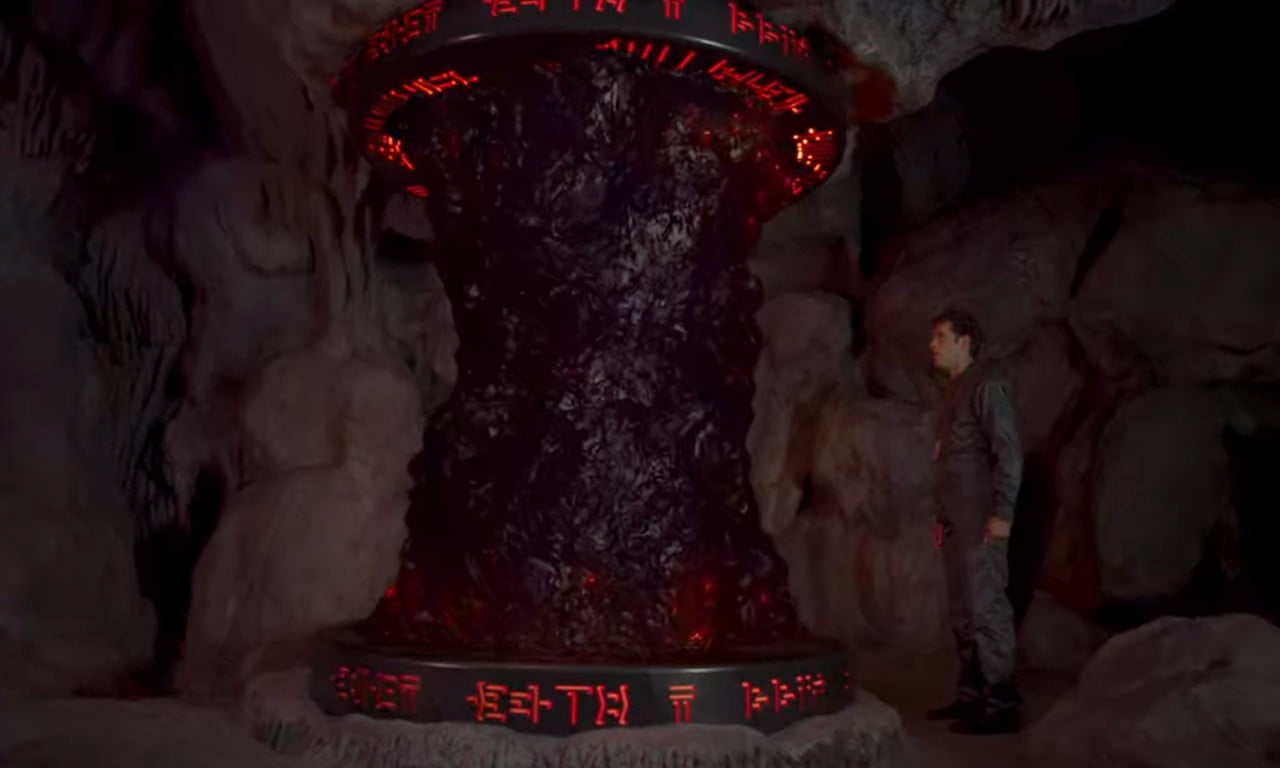 I like all kinds of movies, and I’ve seen tons of bad ones. I say this so maybe you’ll understand when I tell you that Doom: Annihilation isn’t the worst movie I’ve ever seen in my life.

I notice this film is getting a good deal of hate elsewhere online, but in a world of Cats and Jurassic World: Fallen Kingdom and, I don’t know, Teenage Mutant Ninja Turtles III*, I just don’t have it in me to go hard against some direct-to-video schlock based on a video game that I happened to catch on Netflix. The stakes just couldn’t be lower. That’s how it is (and keep that in mind for future reviews).

What we have here, really, is a bog-standard scifi alien story, minus the aliens.

Scientists on Phobos are playing loose with ancient teleportation technology they don’t fully understand. One thing leads to another, and suddenly everyone’s turned into some kind of blue-skinned demon zombies and guts are flying everywhere. 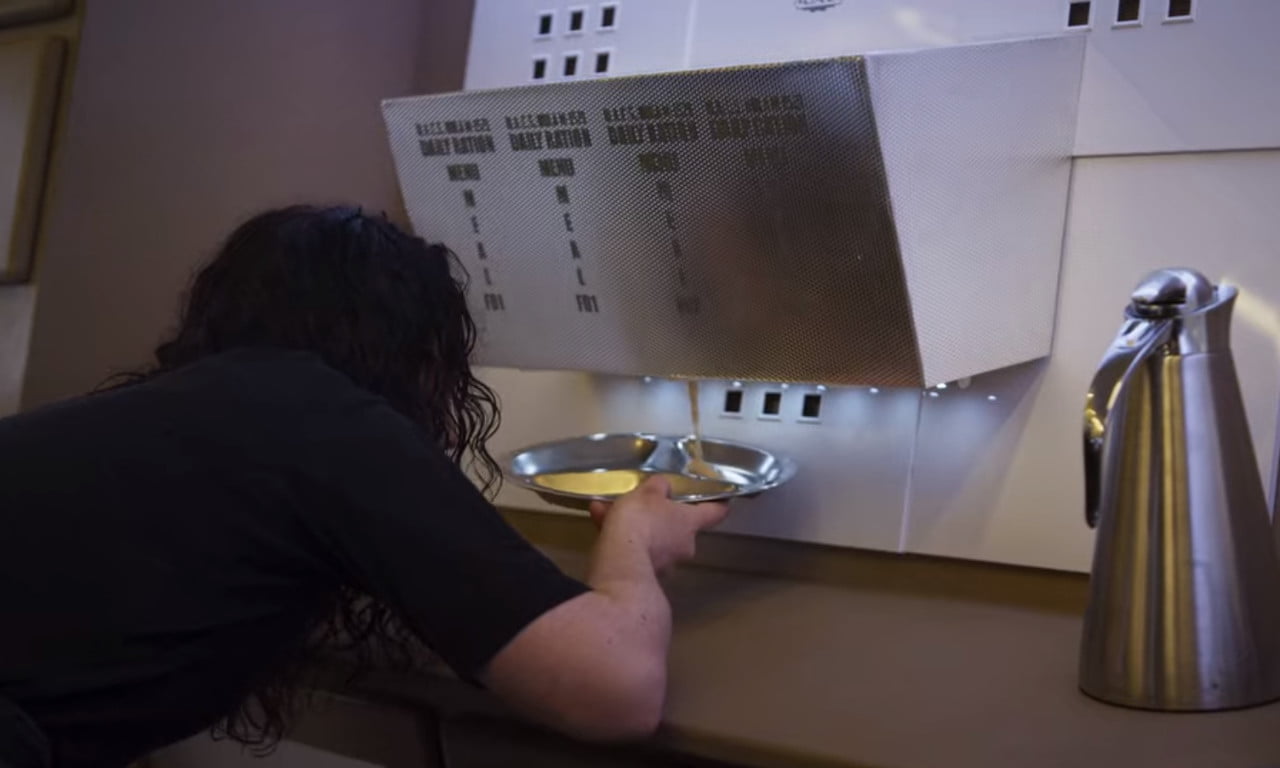 The story follows a group of soldiers from the United Aerospace Corporation as they approach to lend a hand at said scientist facility, but when they notice the base is offline, it’s up to them to get things sorted out.

Only, of course, things don’t go that way.

Our main character, Joan Dark (Joanna? No?), has a troubled past that incidentally led to their current assignment, and along with her crew she leads us through winding corridors, slowly unraveling the mystery of what those lab rats really discovered. A portal to Hell? Yeah, why not? We all know where this is heading, anyway.

I’ve never played the Doom games. I mean, I have. Who hasn’t at least looked at the original Doom? It’s everywhere. But I’ve never paid much attention to the story, or played for very long. A quick glimpse at the plot for 2005’s Doom starring Dwayne Johnson tells me the two are actually pretty close, storywise. But, of course, this one’s on a much smaller scale, and with a much smaller budget.

I’ll tell you where this movie won me over: It made me laugh. Not necessarily because I thought it was bad, but there were enough quirks that I found myself amused and wanting to keep watching. A few bits of dialogue.

One character seems purposefully out of it, shocked at the idea that scientists might use a nuclear reactor, or wondering what “Sumerian” is. I don’t know; I found that funny. One soldier keeps running off in the middle of battle. New monsters eventually show up, lobbing fireballs with their stiff rubber hands. And the teleporters — demonic jello molds seem perfectly safe to step into, if you ask me.

When all is said and done, this is a pretty standard direct-to-video affair. There’s nothing particularly noteworthy, here, and without the “Doom” name no one would’ve noticed its release at all. Some will hate it, to be sure (I imagine fans of Doom will sit there, eyes glazed over, wondering why they’re watching this and not just playing the game). It had a few moments that made me laugh, though, and I found it a perfectly serviceable movie to pass some time. I give it two exploding guts in the elevator.

Doom: Annihilation was written and directed by Tony Giglio, and released on October 1, 2019. As I mentioned, it can currently be seen on Netflix.

*I don’t hate these movies, either. I haven’t even seen Cats. But it’s a matter of expectations.

In this article:Doom, Science Fiction 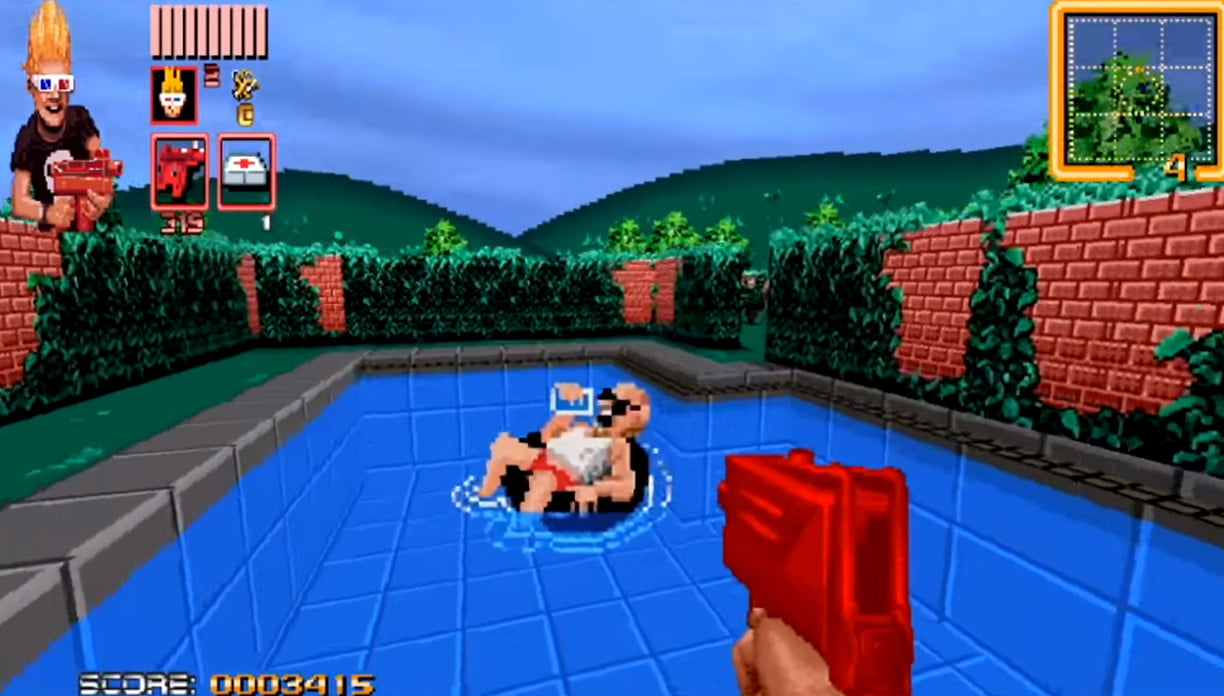 Here’s something from Chilean Doom modder Dude27th: A total conversion of DOOM II that turns it into a surprisingly faithful adaptation of Zombies Ate...