The Bride is looking a touch different from the last time I saw her, but maybe she’s just excited about her new starring role in Universal’s upcoming Halloween Horror Nights maze, The Bride of Frankenstein Lives.

“Halloween Horror Nights is back with a vengeance, select nights Sept 9. – Oct. 31!

She’s taking her fate into her own bloody hands. “We belong dead.” The last words of Frankenstein’s monster on that fateful night when his Bride rejected him. But his end was her beginning. Now the Bride is stepping out of the shadows to bring him back. And there’s nothing she won’t do as she sharpens her brilliance by experimenting on unsuspecting victims. The mate will have her monster. And the monster his mate. “

The Bride will take on the role of an “unstoppable scientist” dead set on reviving Frankenstein’s Monster in the pursuit of eternal life. I guess she had a change of heart. 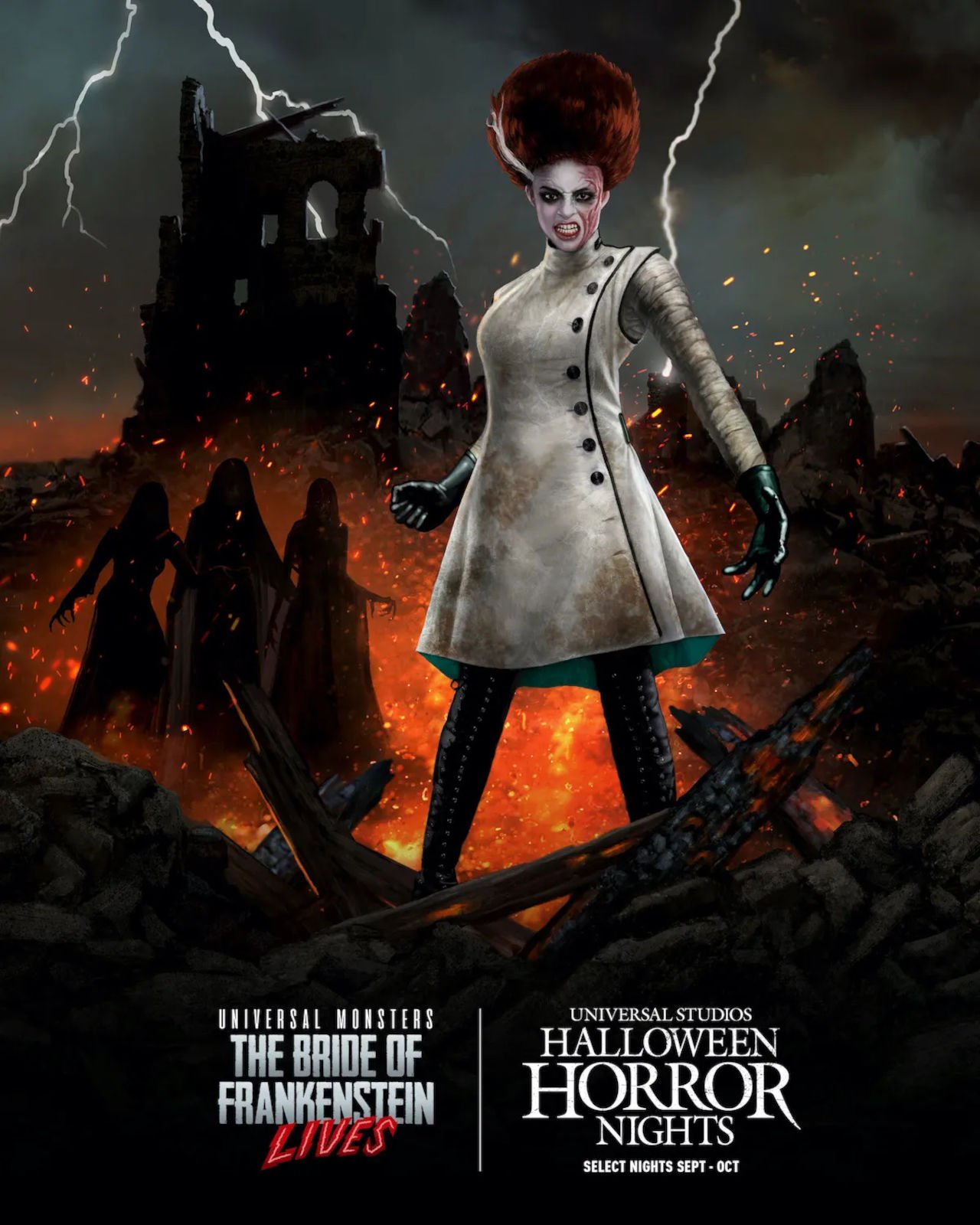 For more information, you can check out the official websites for both Hollywood and Orlando Halloween Horror Nights. Universal is also planning a Texas Chainsaw Massacre maze, as well as haunted houses based on Beetlejuice and Netflix’s The Haunting of Hill House.

This year’s Halloween Horror Nights will begin in early September and run through October 31, 2021.

In this article:Bride Of Frankenstein, Horror, Theme Parks, Universal Studios