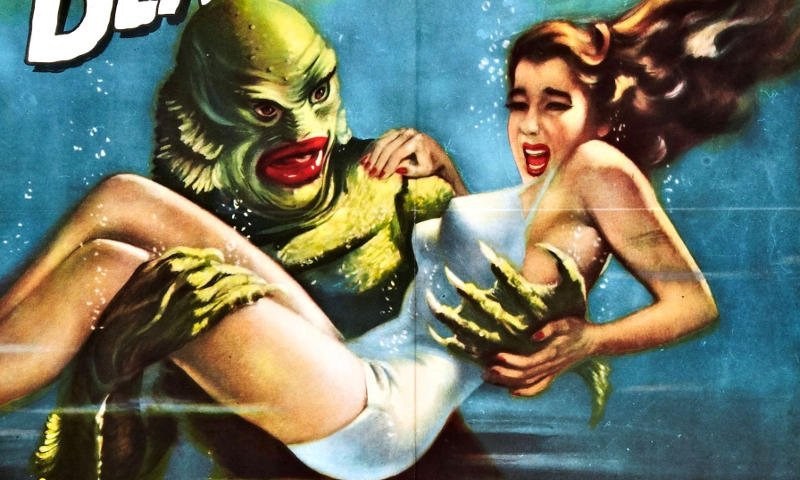 According to Hollywood Reporter, Universal has tapped Aquaman screenwriter Will Beall to whip something up for their reboot of Creature from the Black Lagoon.

Beall has previously worked on films such as Gangster Squad and Training Day.

We’ll see how he fares with the Gillman, if that even comes to fruition. Just don’t give him pants and I think things should be okay.

The original Creature from the Black Lagoon released in 1954, and remains one of my favorites. The film was directed by Jack Arnold (It Came From Outer Space and The Incredible Shrinking Man), and starred Richard Carlson and Julie Adams. The Creature was actually played by two actors — Ben Chapman on land, and Ricou Browning during the underwater scenes.

Two sequels followed: Revenge of the Creature in 1955, and (when things really got weird) The Creature Walks Among Us in 1956. Beyond that, while there have been rumors and numerous starts-and-stops involving the Gillman since the 1980s (involving everyone from John Carpenter, Ivan Reitman, and even Peter Jackson), the projects never got off the ground. Guillermo del Toro, perhaps, came closest, turning his own idea for a reboot into what eventually became 2017’s The Shape Of Water.

In this article:Creature from the Black Lagoon, Dark Universe, Universal Monsters