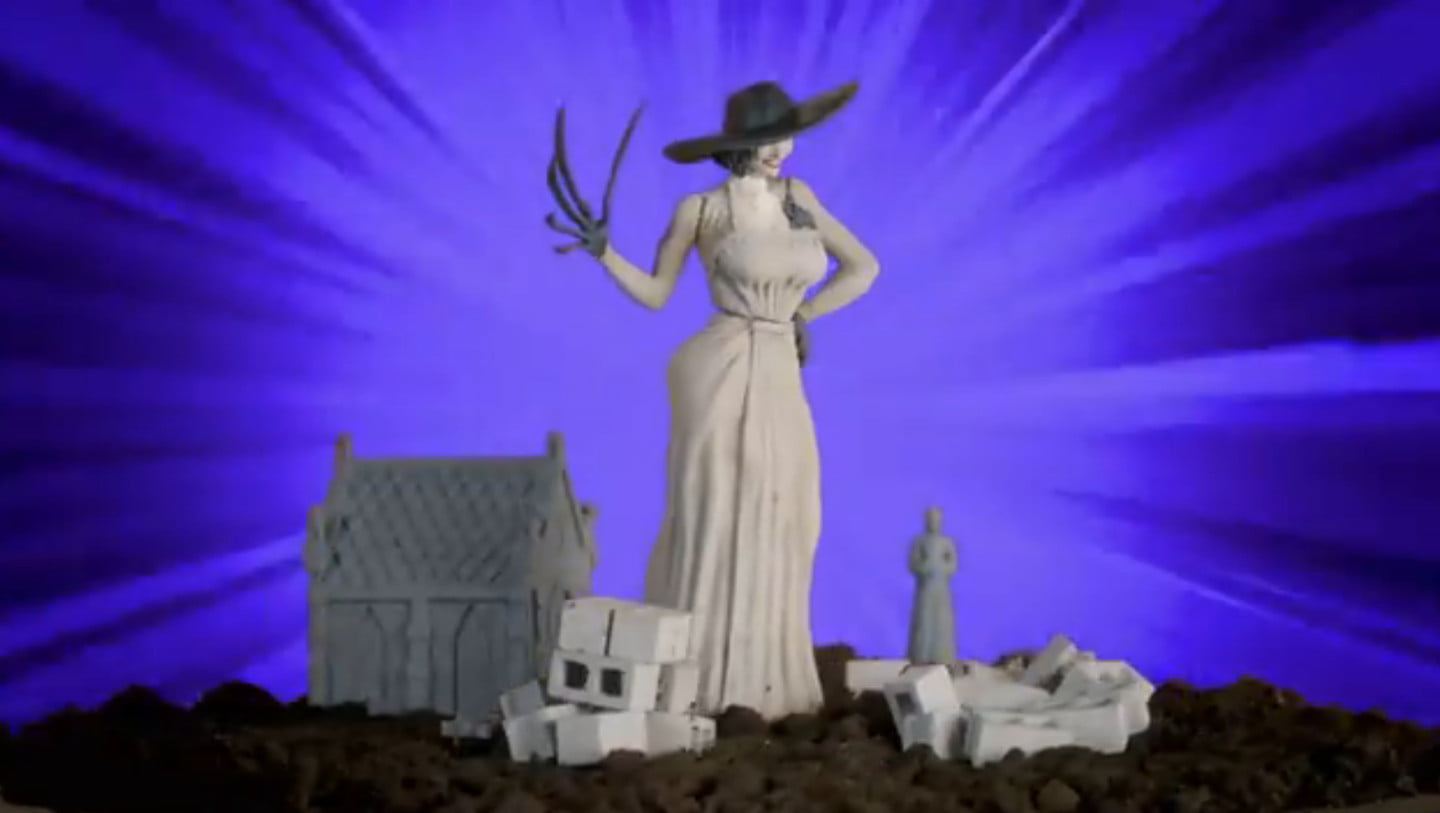 Resident Evil Village has released, but the fascination with Lady Dimitrescu will never end. IGN’s Kevin Cappiello recently put together a 90s-esque commercial for a fake Alcina Dimitrescu action figure that pretty much sums up…well, everything.

Meanwhile, it’s finally been revealed that Lady Dimitrescu was performed and voice-acted by actress Maggie Robertson. “So we finally meet…” she posted on Twitter.

A couple days ago, we also got some behind-the-scenes footage of the motion capture work: