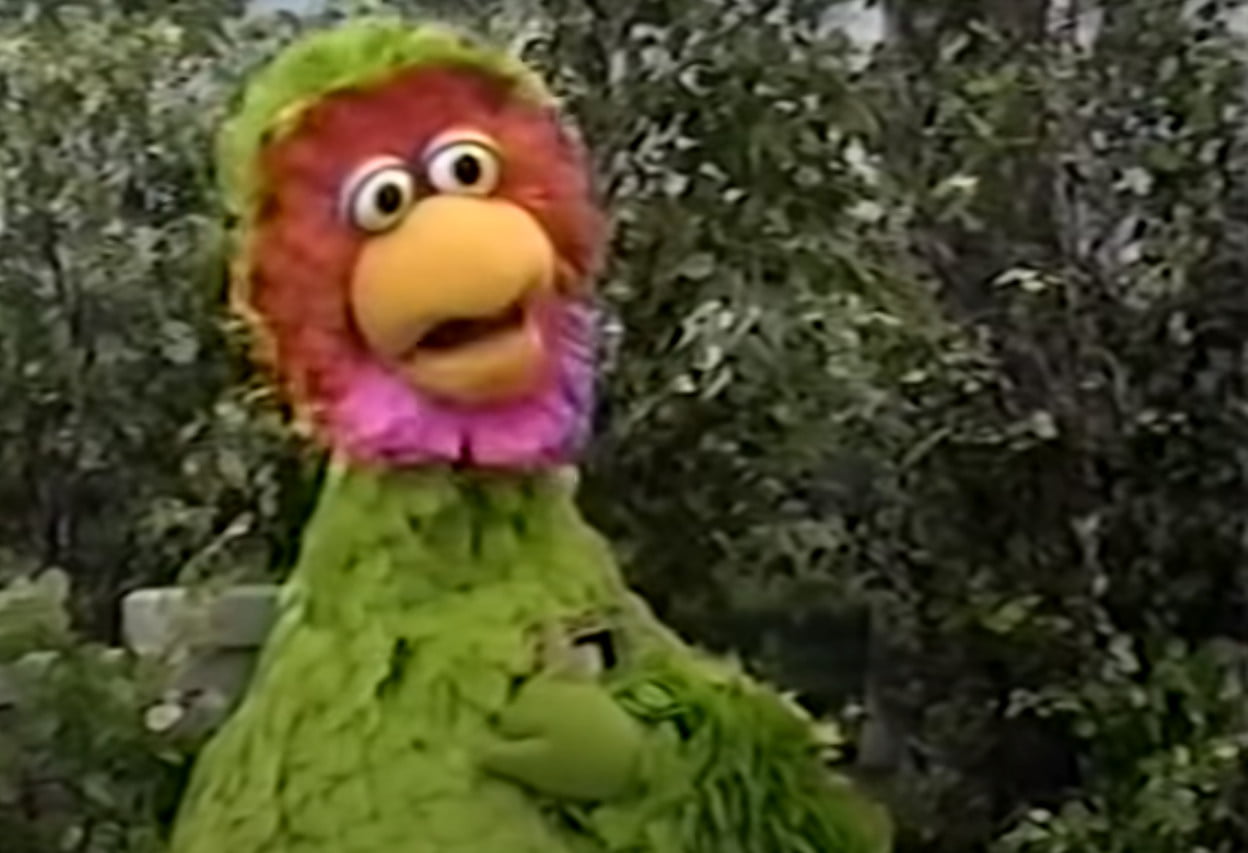 You may know Big Bird as, well, a giant yellow bird. But did you know he’s not the only one? And that, depending on the different versions of Sesame Street in countries around the world, Big Bird takes on a number of different forms (and that they’re actually his cousins)?

For example, meet Garibaldo, a blue and slightly angry-looking bird with googly eyes from Brazil’s Vila Sésamo (the show aired in the early 70s but was in black and white, so just imagine he’s blue with your brain visions):

How about Pino, the blue-ish purple Big Bird from the Dutch Sesamstraat:

Wait, there’s more. How about Minik Kuş, the giant orange-ish bird from the Turkish Susam Sokağı:

No? Check out Toccata over at Rue Sésame:

I’ve saved the best for last, you know. Feast your eyes on Abelard Montoya, hailing from Mexico’s Plaza Sésamo. He’s mostly green, but with a pink and orange face.

I’m going to be honest with you. I’m posting this because, when I was a young kid, I had a night terror that I could only describe as a green Big Bird with a long snout and angry bloodshot eyes. I didn’t even watch Sesame Street, but Abelardo Montoya is the closest I’ve ever seen to that nightmare becoming a reality.

If his beak were green and pointy like Big Bird’s, I’d be hopping the next Tesla Roadster into orbit.