Godzilla and King Kong are about to fight once again, but I was wondering: What do the Google Trends have to say about the possible victor? Any insights?

If you don’t know, Google Trends reveals “what the world is searching” over periods of time, with breakdowns by countries or states. It doesn’t give you an exact number, but you can see what’s trending, or how interest in a topic increases or decreases over time. And, for our purposes here, how one topic performs compared to another.

Godzilla vs. Kong. The winner? 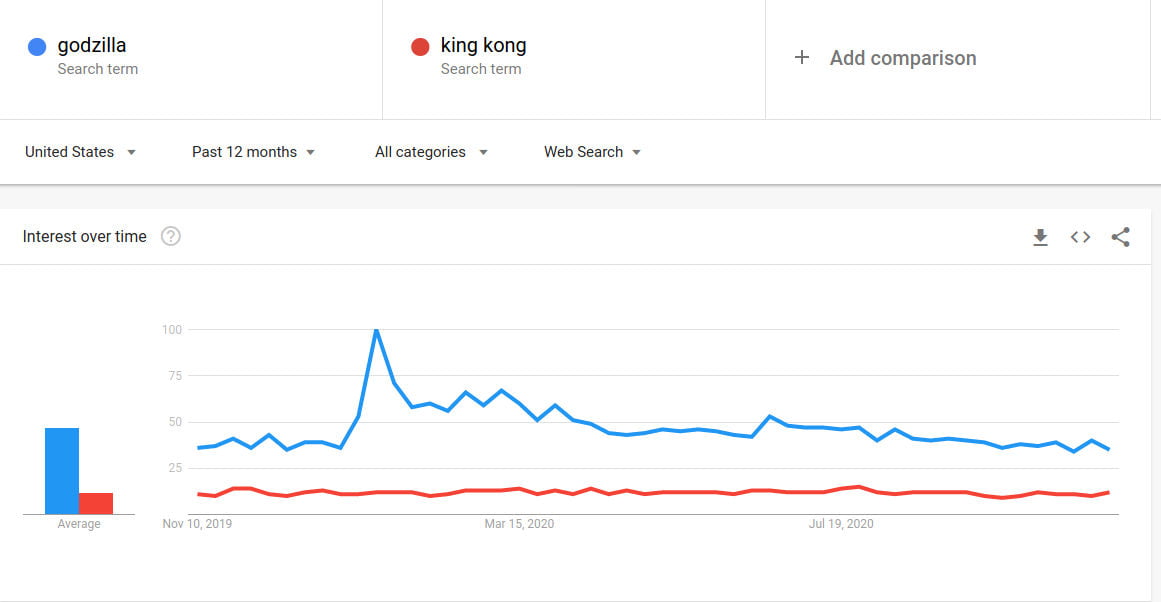 As we can see, Godzilla has led King Kong in searches pretty steadily over the past 12 months, at least in the United States.

Worldwide trends are similar. Both seem to be narrowing, however, probably due to the film being pushed back to next year. 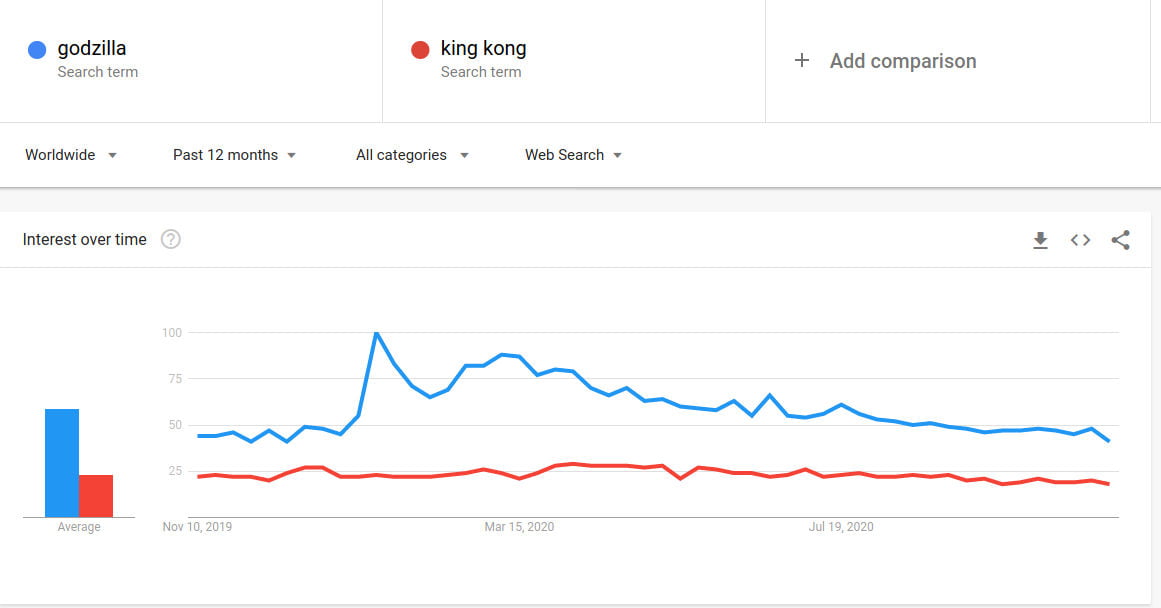 I guess that settles it. Godzilla is simply more popular than King Kong. Then again, since Kong first arrived on the scene in 1933, he’s been featured in a total of eight films, with a spattering of animated shows. Godzilla, on the other hand, has been in nearly 40. A bit of a difference, there.

In this article:Godzilla, Kaiju, King Kong