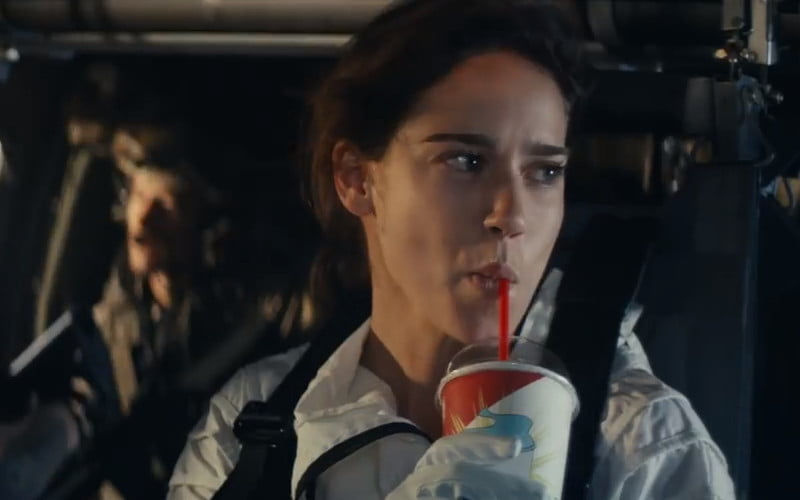 Cloverfield is on shaky ground right now, but the recently released short film MEGAN proves the series can still be compelling, given the right direction.

At only just under eight minutes long, the short features Matilda Lutz as Megan, the daughter of John Goodman’s character Howard Stambler from the second Cloverfield movie, 10 Cloverfield Lane. It’s a quick slice-of-life that raises more than its share of questions — perhaps in keeping with the series’ peculiar lineage.

A mysterious group of people, affiliated with the infamous Japanese mining company Tagruato (I’m guessing), ride via helicopter to the scene of something very bad. On the way, Megan sips from a cup of Slusho, to which one character asks, “How can you drink that crap?”

And yet, strangely, it’s the one thing that keeps her alive.

Labeled a “Proof of Concept,” MEGAN was directed by vfx supervisor Greg Strasz, who previously worked on It Follows and last year’s Independence Day: Resurgence. The story and script were written by Giuseppe Mercadante, Strasz, and Jean de Mueron.

In this article:Cloverfield, Science Fiction