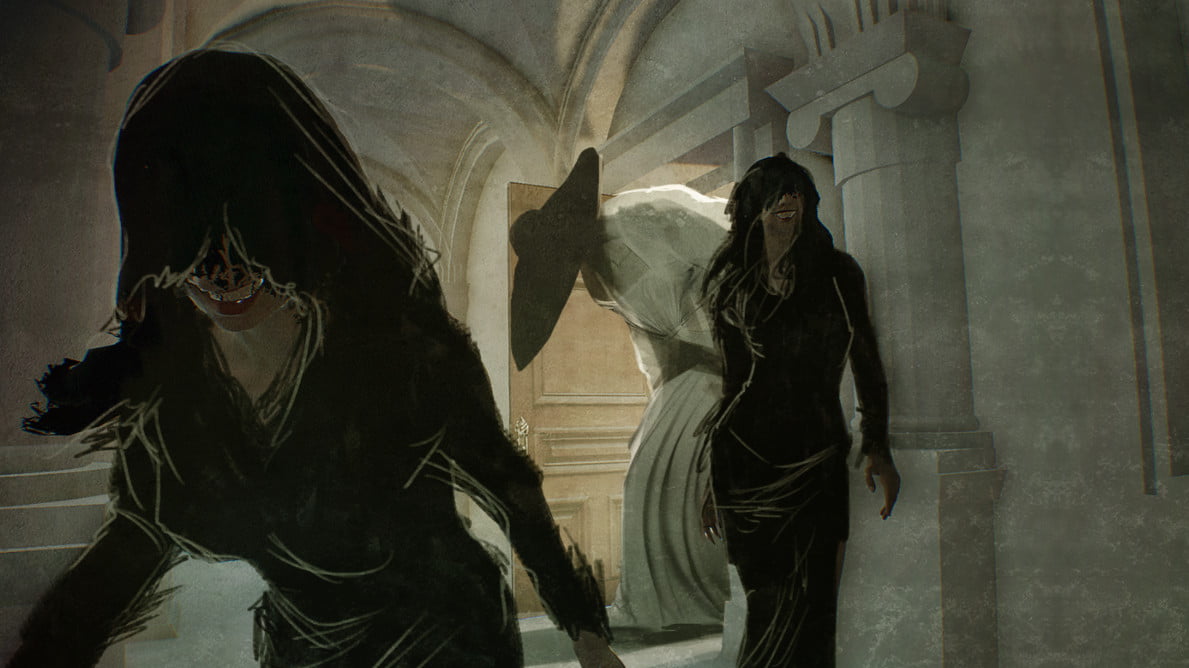 What did I tell you? The growing fascination with Lady Dimitrescu’s dimensions continues to lead us down a peculiar path, which now includes Resident Evil Village art director Tomonori Takano sharing details about the giant vampire lady’s shoe size.

Apparently, her feet are 44 cm, or 17.3 inches. Given that the average woman’s foot size in the U.S. is somewhere around 8.5 and 9 inches (yes, I looked this up just for you, dear reader), that puts Lady Dimitrescu’s shoe size at very nearly double that of the average woman’s.

Plug that number into an online calculator, and that means Alcina Dimitrescu wears something like a woman’s size 30. These are the important details everyone wants to know!

What’s more, according to Takano, the RE: Village developers used a real pair of high heels, scanned them, and digitally resized them to match Lady Dimitrescu’s size in the game. And, of course, there’s a photo! That’s more than I ever thought I’d write about a Resident Evil character’s feet, but here we are. I am infinitely bemused by Capcom’s marketing strategy this time around.

Just for kicks, this new info got me thinking about how Alcina Dimitrescu’s height compares to the average woman. In fact, according to Takano, her design was originally based on Resident Evil 7’s Mia Winters.

In the beginning, he says, Mia was given a dress and hat as a test, but it wasn’t quite working:

“I thought that this would be enough to give her a ghost-like quality, but we couldn’t make her feel scary. Then, we decided to make the character model much larger. That was the beginning of Lady Dimitrescu. I drew a piece of concept art in which she stoops down to get through a doorway. That’s when I felt that this was going to work out.”

Interesting! Let’s do a quick height comparison, then.

Mia Winters stands at about 5’7, a touch taller than the average female height in the U.S. (which is about 5’4 — I feel like it should be taller than that). Alcina Dimitrescu, meanwhile, is confirmed to stand 9’6. That’s a difference of 3’11 (or 4’2 compared to the average woman).

So, side-by-side, this is roughly what we end up with when we compare the heights of Mia Winters and Lady Dimitrescu. 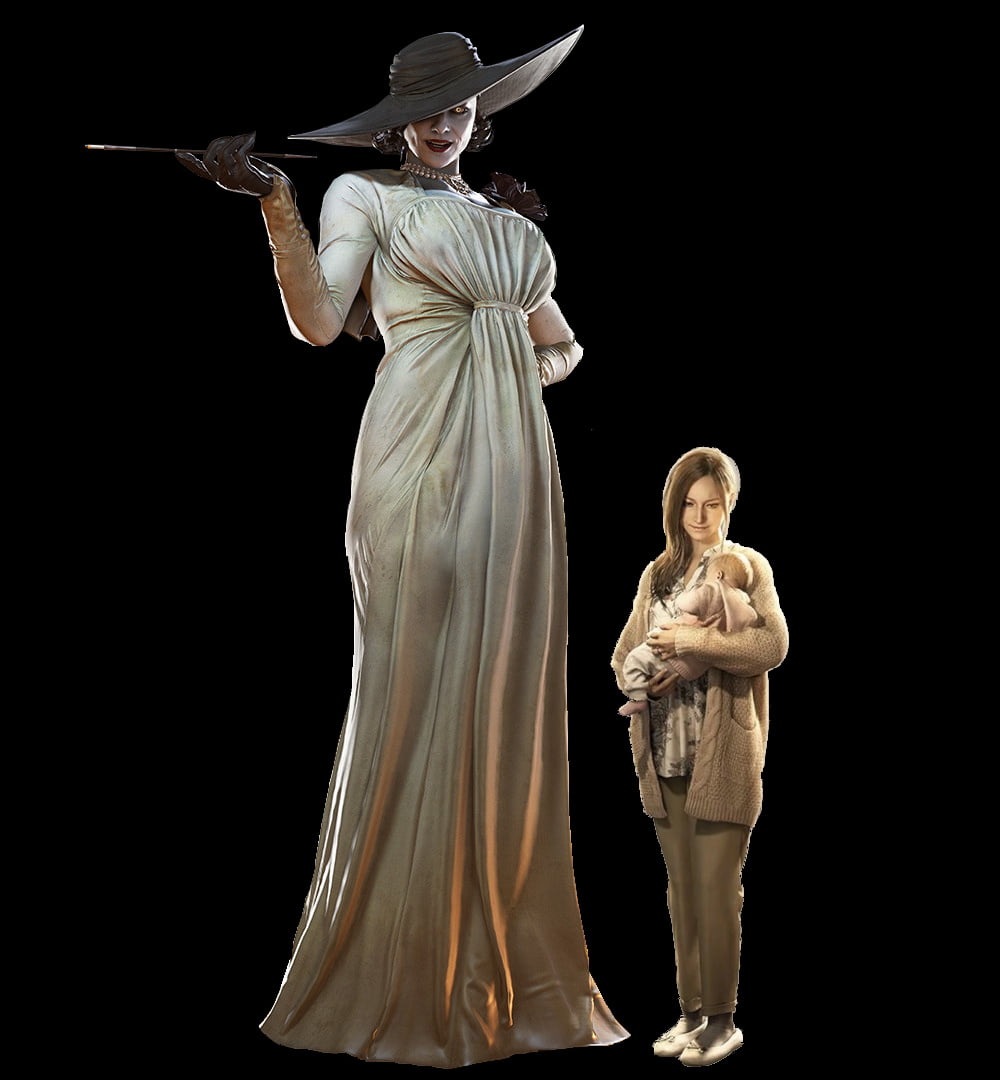 Again, just a rough estimate. I believe Lady Dimitrescu’s full 9’6 stature includes both her heels and hat. Alcina’s not quite on the level of, say, Nancy Archer, but still — that’s one big vampire woman.